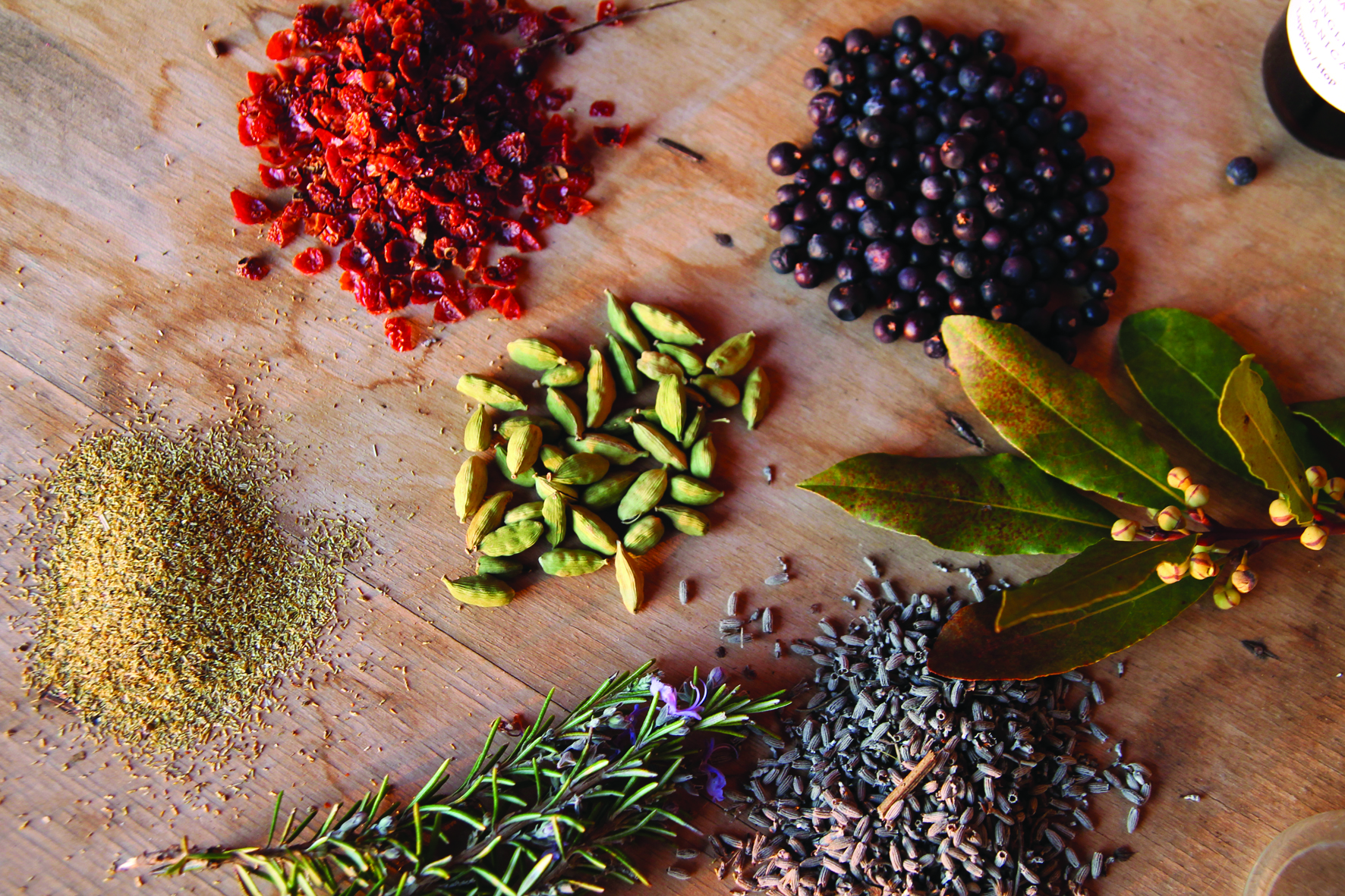 Kapriol Classico is a liqueur obtained from the slow and controlled distillation of common juniper berries (Juniperus communis) infused with other aromatic mountain herbs to produce a well-balanced liqueur with a distinctive fragrance and a pronounced, fresh flavour. Kapriol is an extremely versatile liqueur which can be enjoyed neat, chilled, or on ice. It can also be served hot, like punch, or used as a flavouring in fruit salads and ice cream.

Amaro del Cansiglio is made by infusing no fewer than 18 varieties of herbs and berries in a water and alcohol solution. All the ingredients come from the forest of Cansiglio in the foothills of Eastern Alps, a region famous for its woods and plants and inhabited since prehistoric times. Amaro del Cansiglio has a fragrant, persistent aroma and a crisp, well-rounded flavour. It's Made only from natural flavouring ingredients, with no artificial colouring agents.

The botanicals are singularly infused as soon as they are harvested, respectively in a mixture with a different alcohol content, in order to obtain the best possible aromatic result from each raw material. Once the infusion is completed, the solid remains are pressed so as to squeeze  all the absorbed liquids from the spices. Consecutively, the different brews are meticulously filtered and eventually blended among each other in different ratios. The characteristic notes of the creation are given by an attentive and accurate research of tastes and aromas, made of tests and experimentations aiming at achieving the harmonious balance among the botanicals - thus becoming our "Rosen Bitter", in its most simple and delicious form.

Ivan III also known as Ivan The Great, Russian Emperor, in 1474 ager to finish the Cathedral of the Domination in Moscow he has called through the Russian Embassy in Rome the best Italian constructors and architects. It is said that as a recognition for the marvelous job carried out by the architect Fioravanti, the Emperor Ivan III given him two cases of his personal reserve vodka. Inspired by this legend we have crafted a distilled spirit, with an ambitious character and no compromises like Emperor Ivan's personality.
This vodka is handcrafted in a limited number of bottles, it's produced without the addition of sugar and it's not chill filtered. The Bain-marie distillation process enhances and respects the raw material, intensifying the aromas and making this product unique.
Alcohol content: 40,3°  Content: Lt. 1,00
Vodka Ivan EN.pdf

Amongst Ferrucio’s recipes we found Amaretto Sofia. Sofia was the girl Ferrucio was in love with. In fact, Distilleria dell’Alpe logo has been inspired by the beautiful Sofia.Amaretto Sofia is produced with the cold infusion in wheat based alcohol of Sicilian bitter almonds, sweet Sicilian almonds, Calabrian orange skin, Grapefruit skin, sugar and freshwater. Then the product is aged for at least 8 months in french Barriques. it is 100% gluten free and Vegan.